Moving forward in leaps and bounds....

The team, Ian Day, James, Russ and Duncan were ready and raring to go, by the look of them!

Ian Day worked on the show gardens 2 years ago and was primarily responsible for the build of Natural Reflections by Alison Coxhead, one of our 2012 winners. He also did a lot of the work on the other gardens and we were so impressed by his diligence, attention to detail and hard work that we are very happy to have him back and working on the build this year.

Take a look at Ian's Potager garden in our customer projects, to see some of his other recent work. 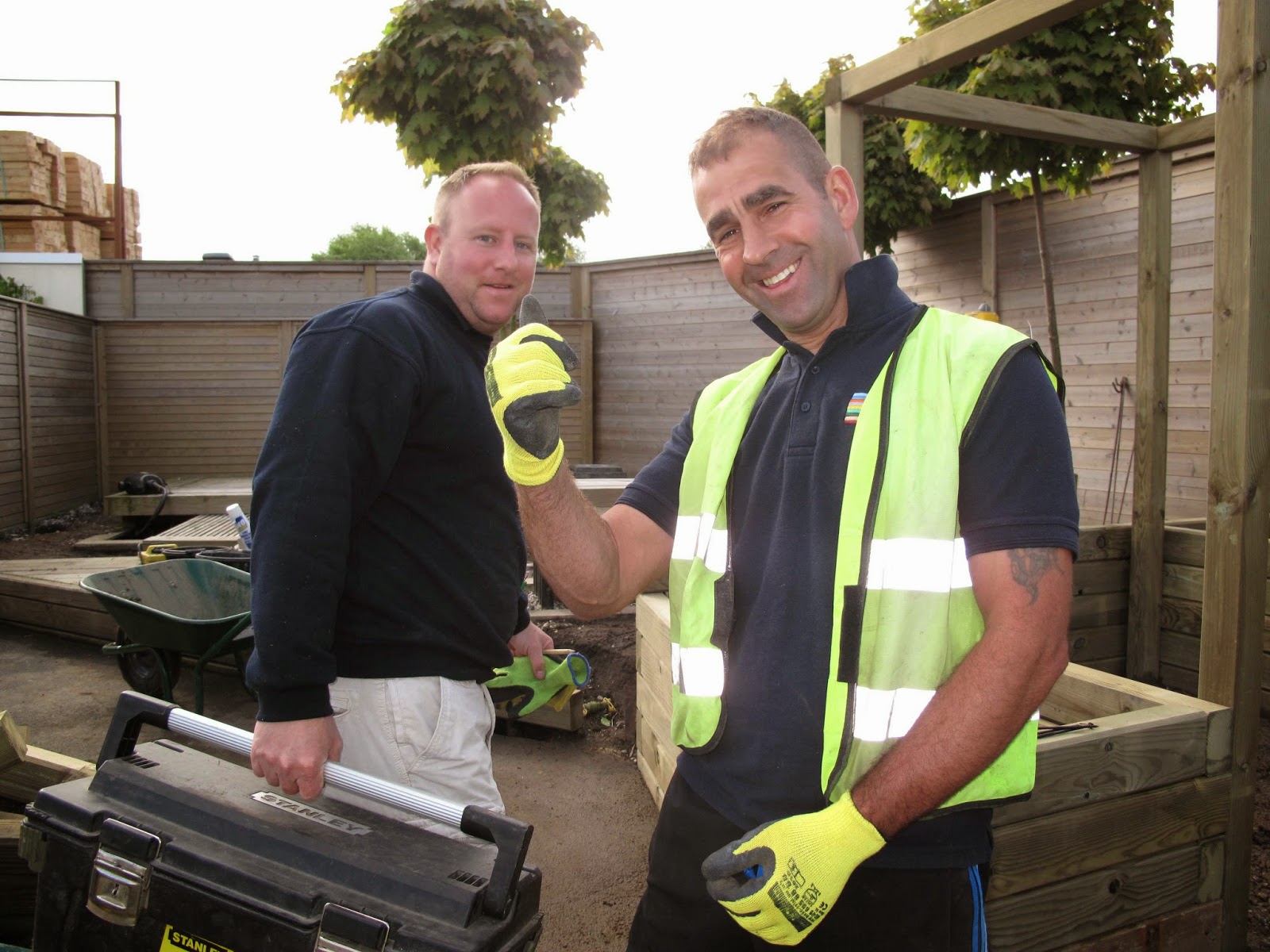 In the Mediterranean Memories garden there are a lot of raised beds around the outside, that create the perimeter of the garden.  These are multiplying and growing every time I go out to take a look at the work that is going on. The Laburnum tree looks neat and tidy in its bed now... 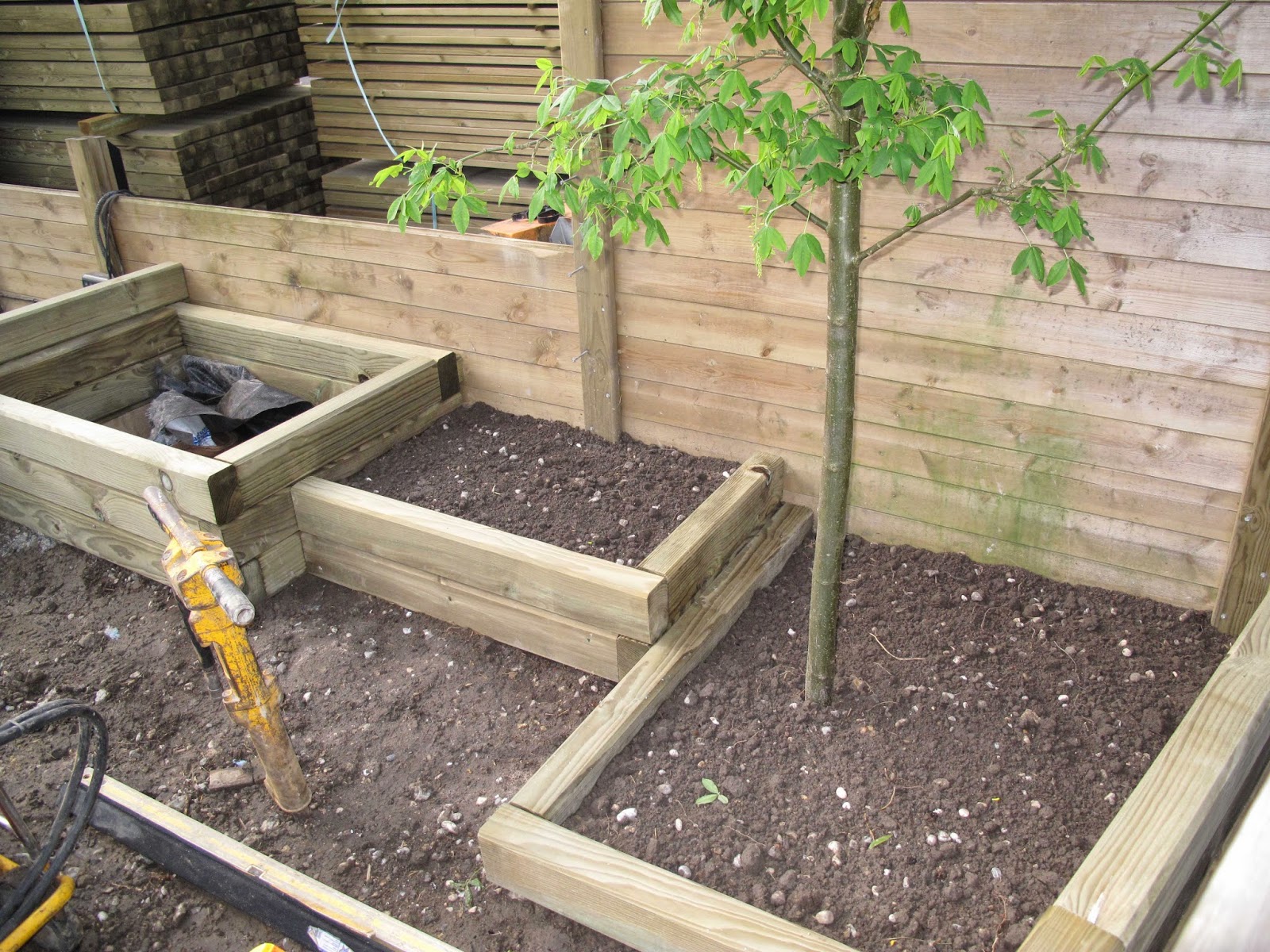 The raised beds at the front of the garden are getting taller and the shape of the garden is beginning to be defined.  Next door, the Tropical garden has looked like nothing is really happening for a week or so, now I see in the background that Duncan is eyeing up the single pergola that is to run along the side, that's a good sign. 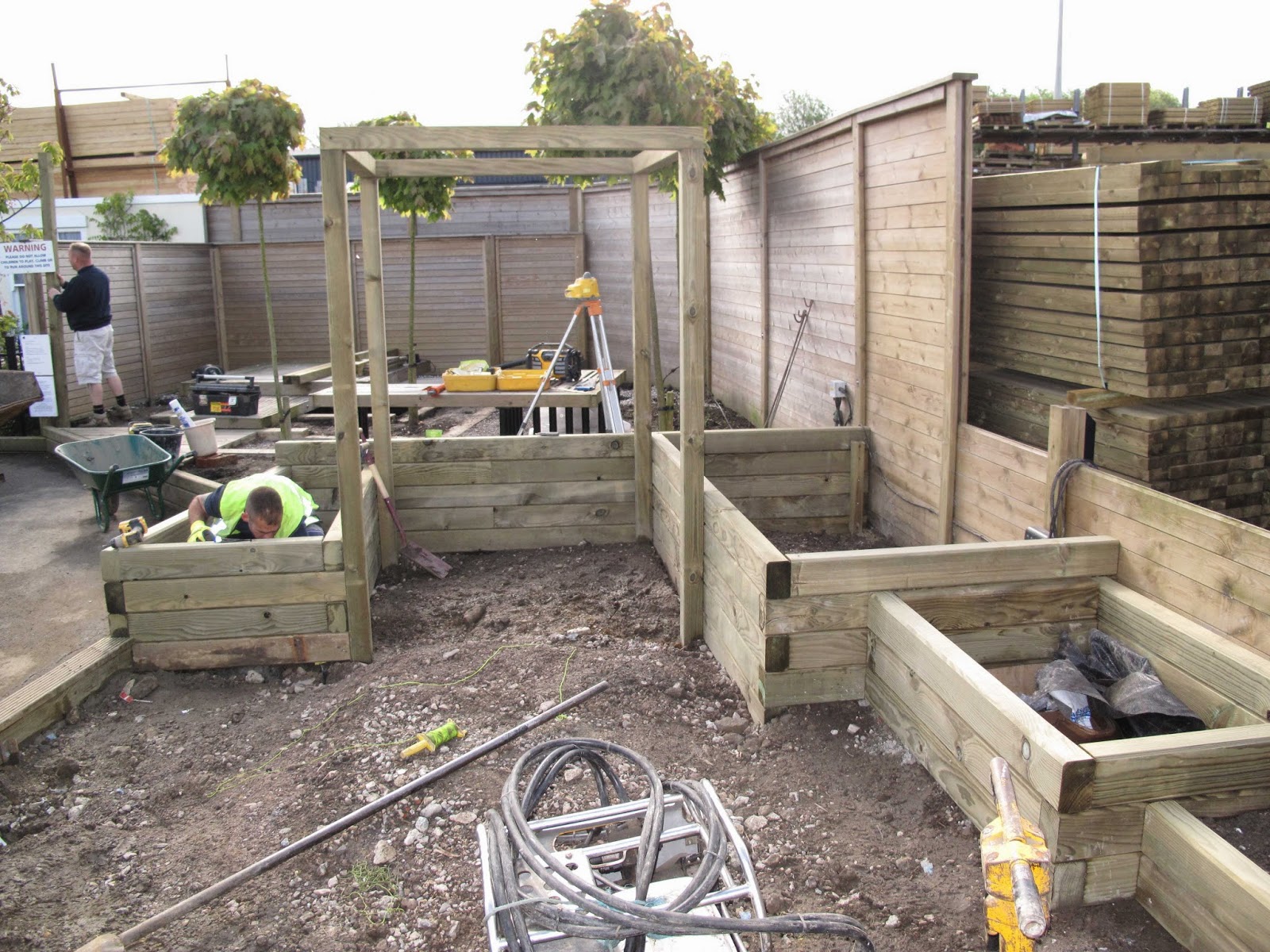 Mean while Russ is doing a "blinding" job of laboriously freshening up the Fragrant Front garden. We've decided it looks pretty cool in white and cream, seems to make the colour of the plants leap out. 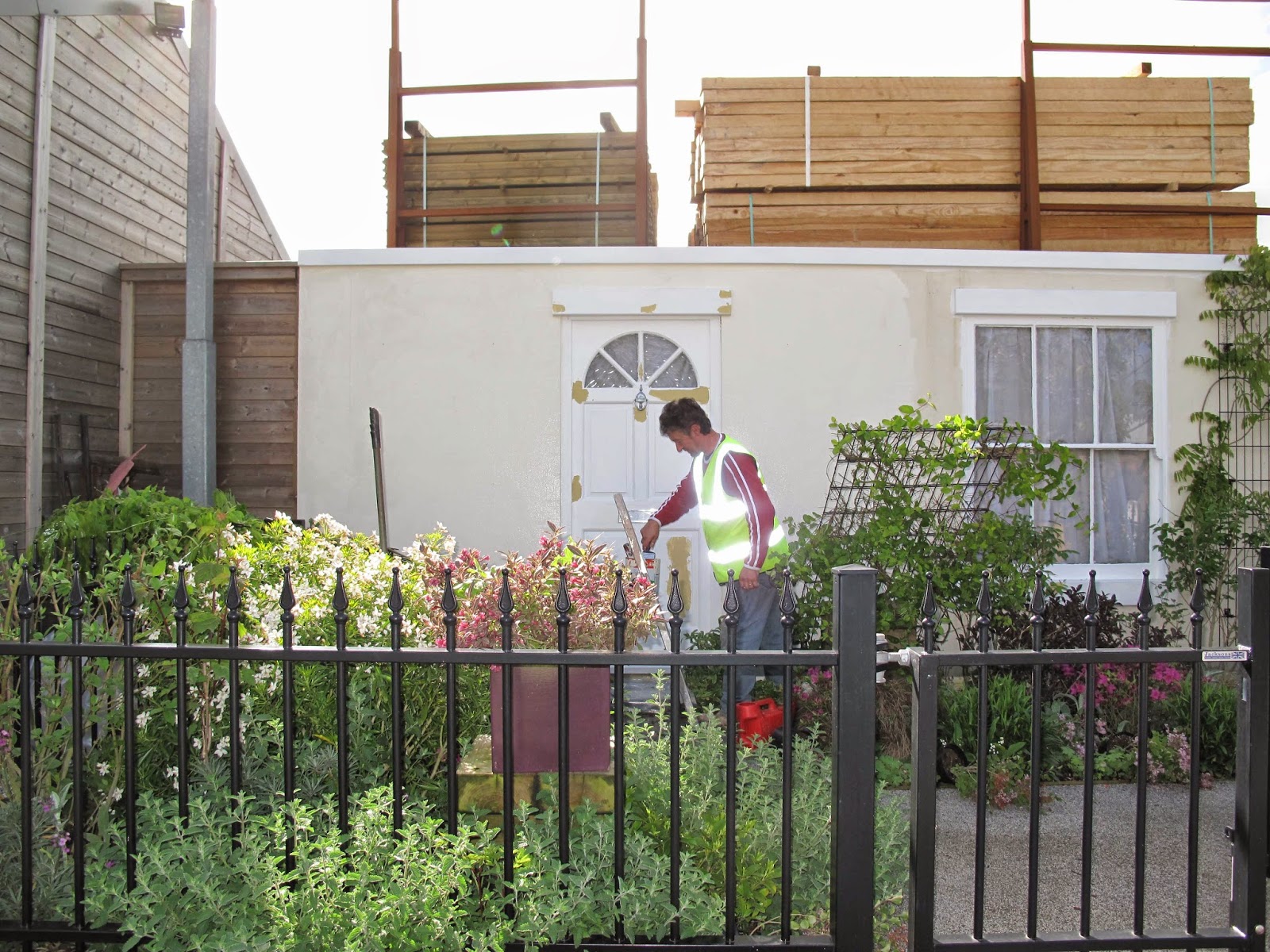 Another little change has been to scoop out the gravel that was in the centre of the Within the Weave paving and replace it with a new lawn, my that's grown quickly! Almost magic, it looks like it's been there ages. I think it gives a very different feel to the garden and I love the colours that are beginning to show more in the living walls behind. 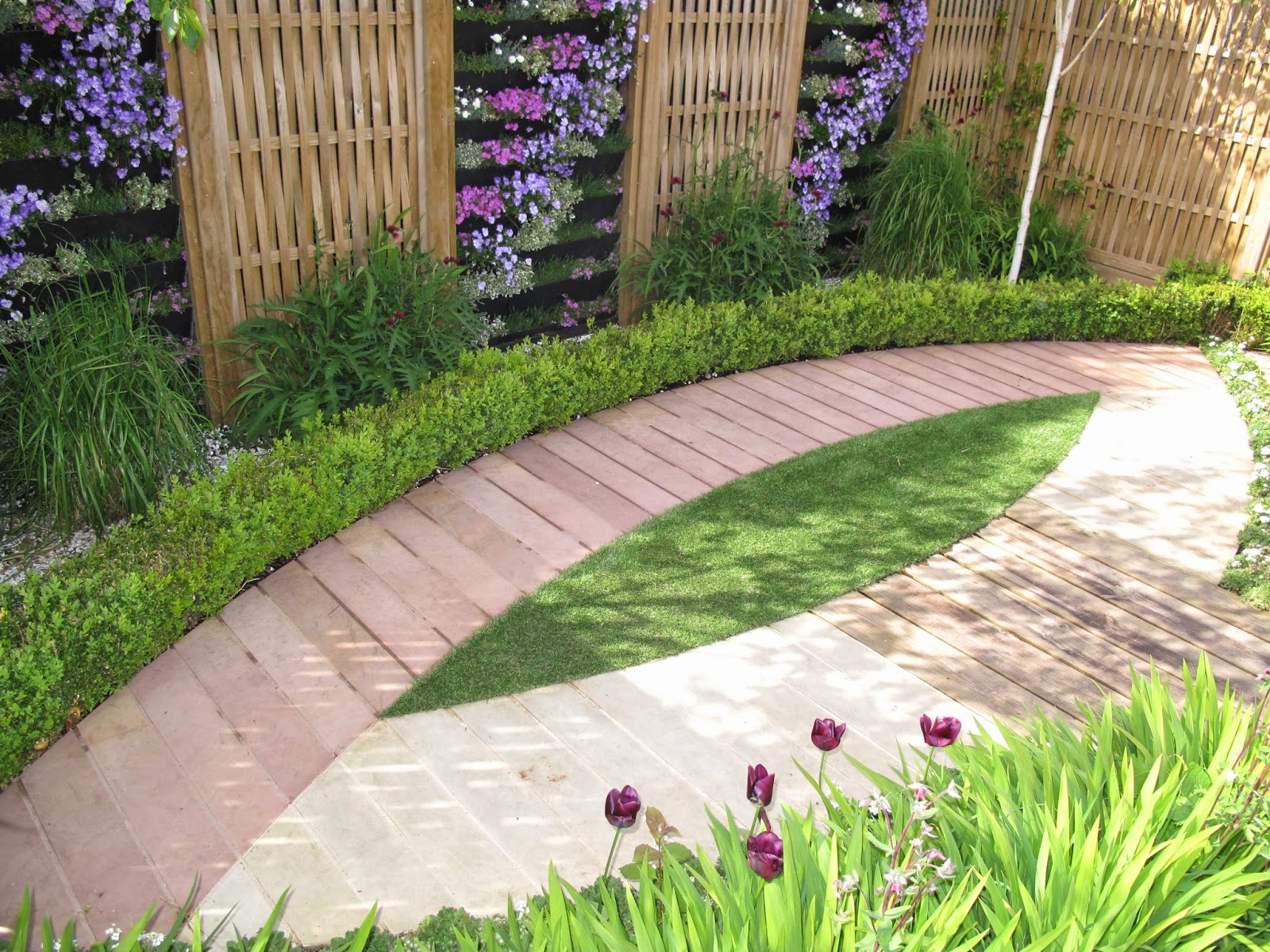 In between putting the pergola up in the garden next door, Duncan has been moving and stacking the block paving for the Med-Mems garden.  I think that looks like pretty hard, boring work, and the poor love, he keeps looking like he's lost count!  I've asked him a few times if he thinks he's got the right number of blocks, will there be enough? - he's polite enough to just smile and mumble his answers... 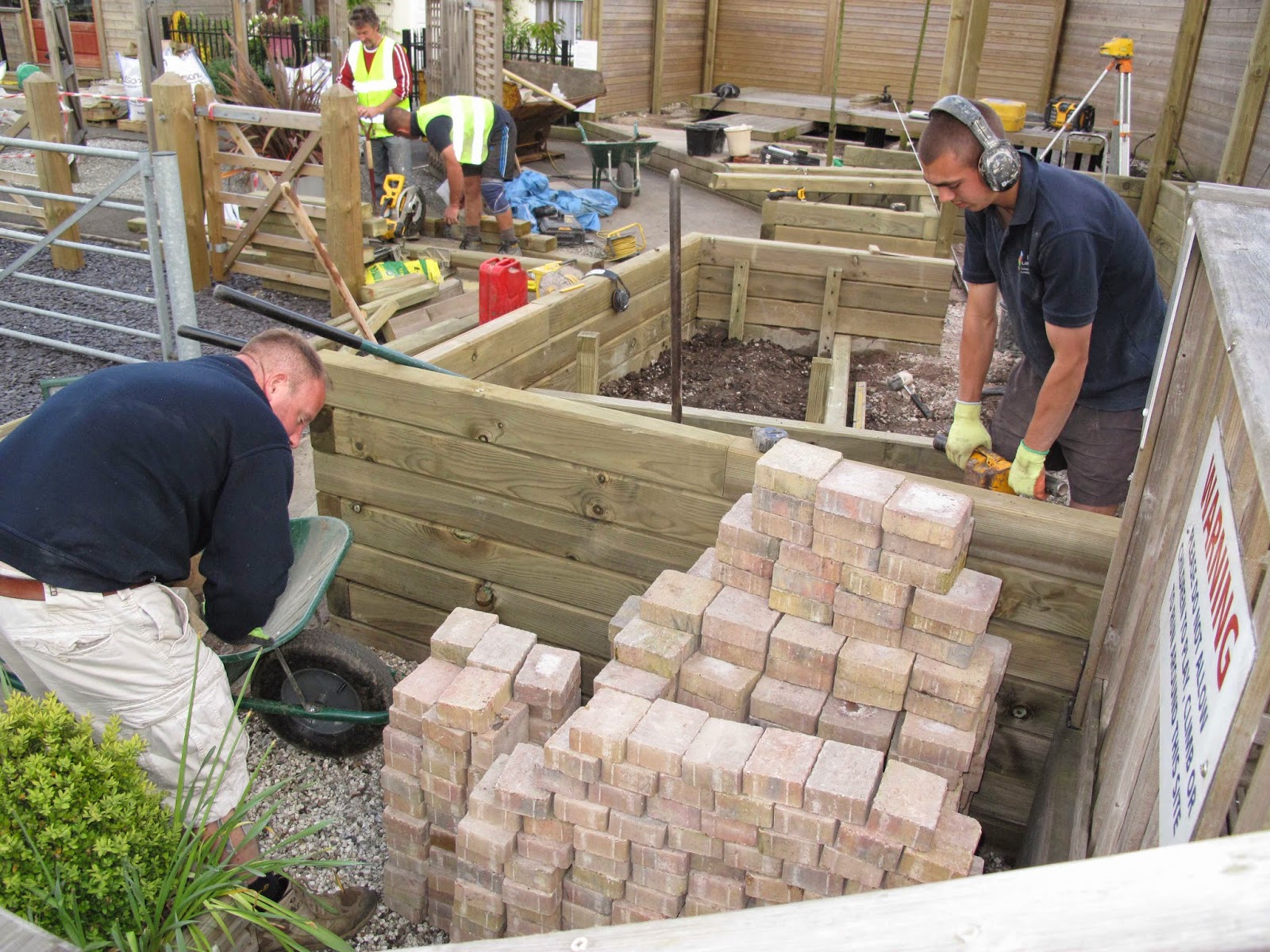 So this is what he was up to, seems a lot of effort to make our sign stay up in the windy conditions, though that's good work Duncan! 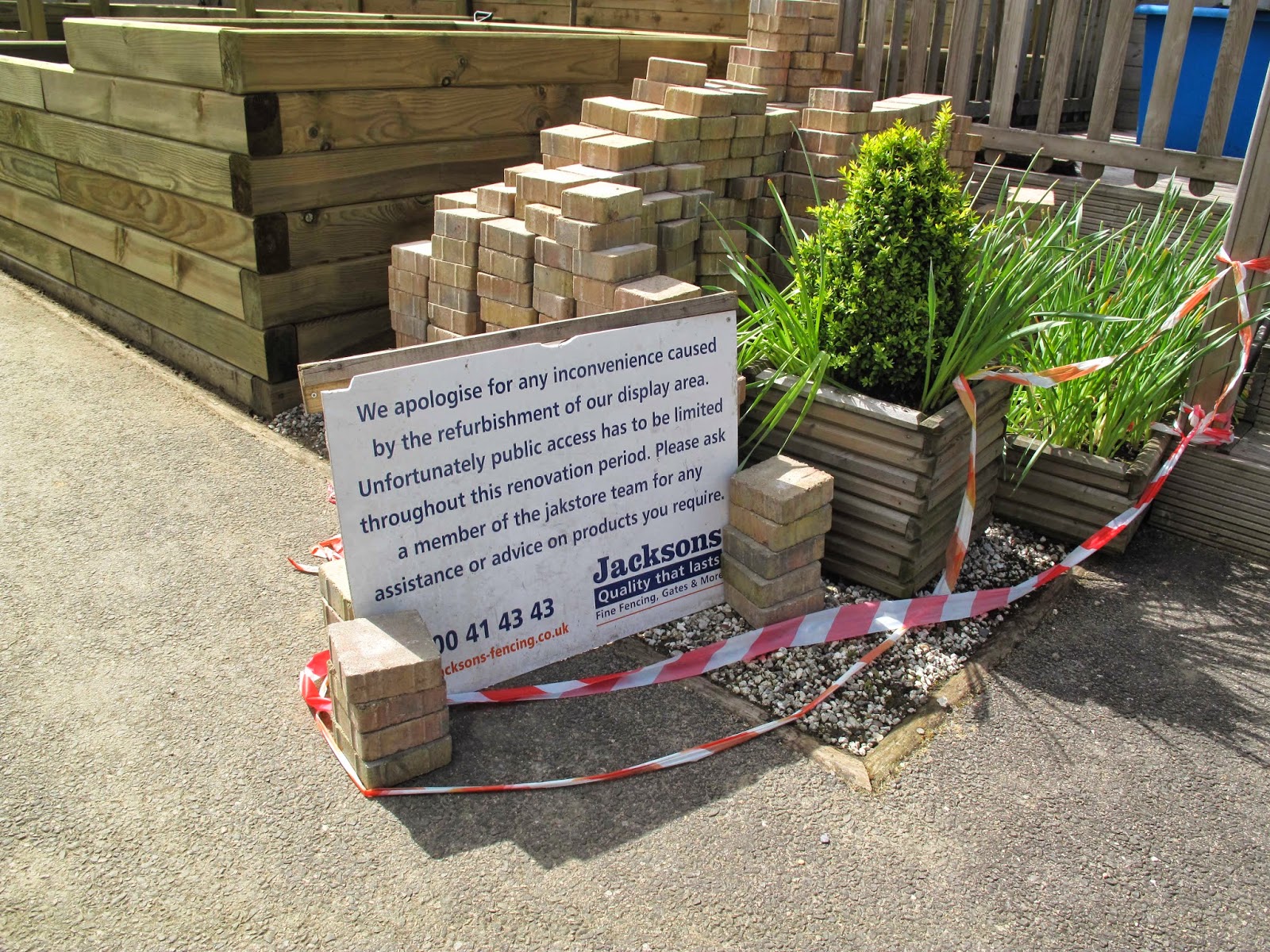 And here's that lovely single pergola up and ready for its lattice trellis infill panels, that will create a rather nice division between the new Tropical garden and Fragrant Front garden. 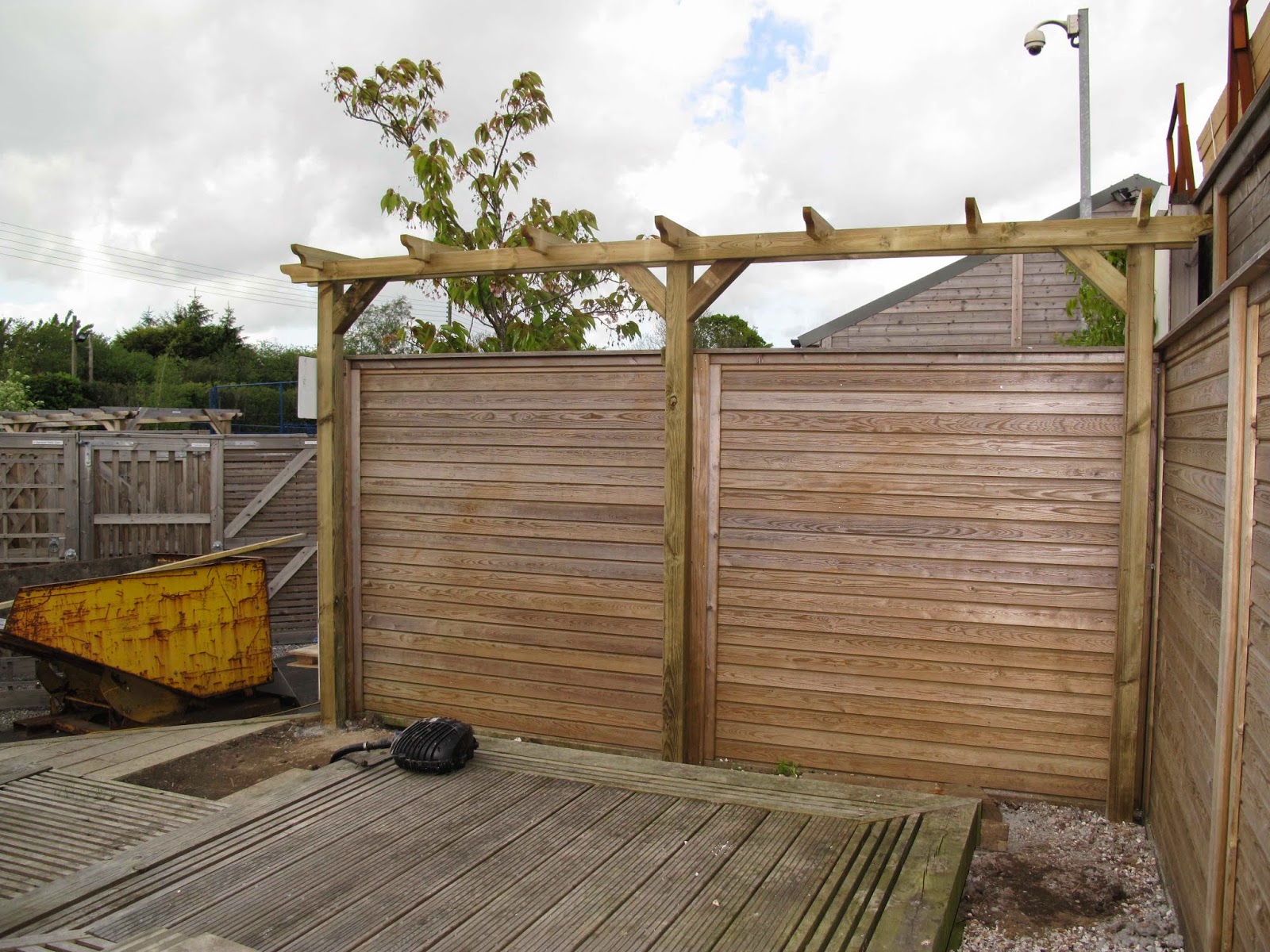 And now here are the raised beds looking really good, it really gives you an idea of what the final garden will look like.  Feedback from Ian Day is that he really likes using the un-grooved Jakwall timbers, he's never used them before, previously he's always gone for the more traditional landscape sleepers, but these get a thumbs up, he particularly likes the chamfered edges. 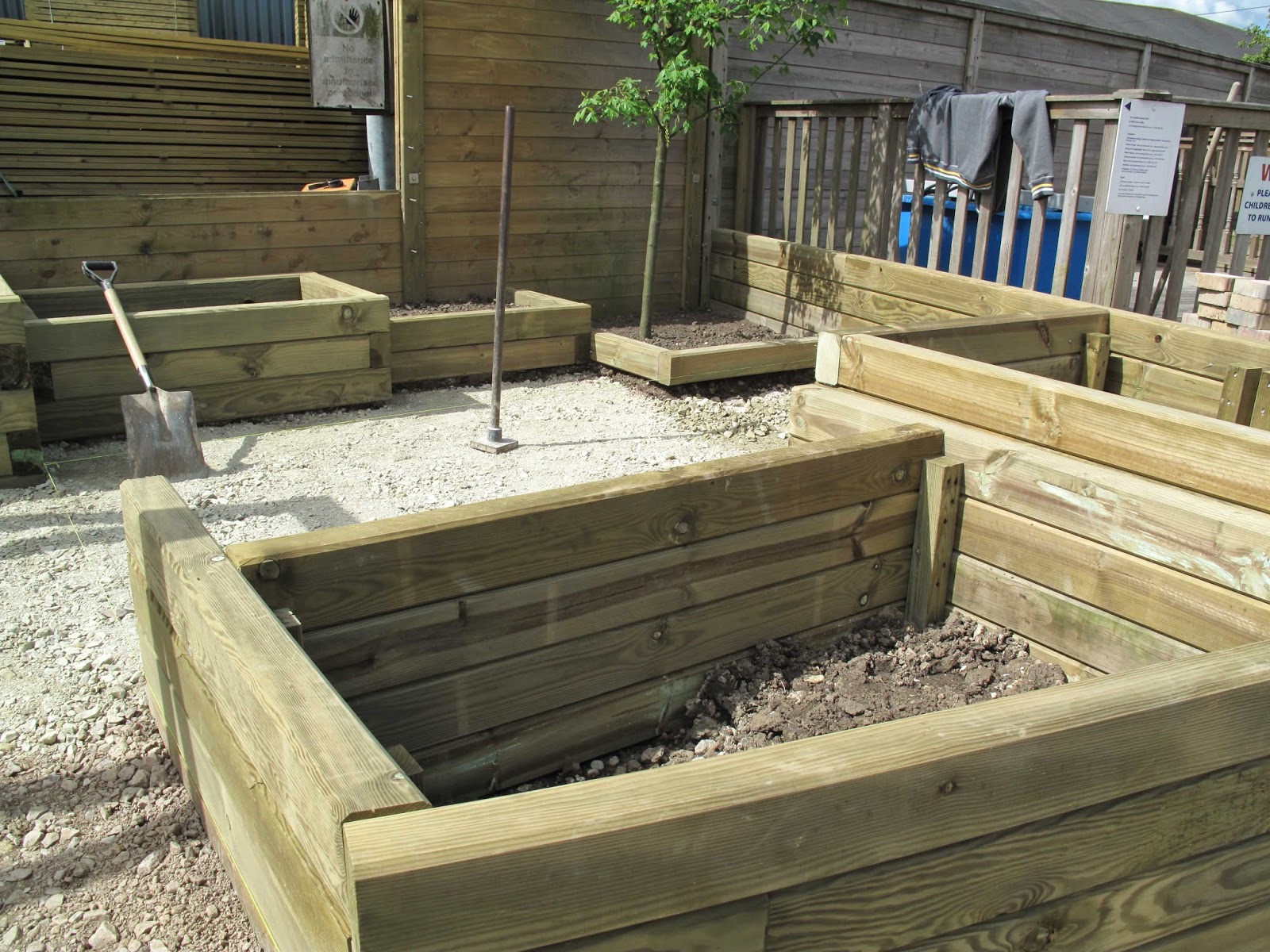 Posted by Jacksons Fencing at 09:10