Work has started on the Show Gardens

Work started on the two show gardens this week.  prior to this we had a team of gardeners in to lift all the plants that were in the gardens - some will be recycled and used in either these gardens, or some of the other gardens, or will be sold on the open day, with the proceeds going to charity.

I always find that one of the hardest things, as everything had started growing and looking good and I feel mean digging them all up, but it is a comfort to know we've saved most of the plants.

It's strange to see the gardens laid bare - just brown earth and emptiness - they've been here for 3 years now, so it's a big change. 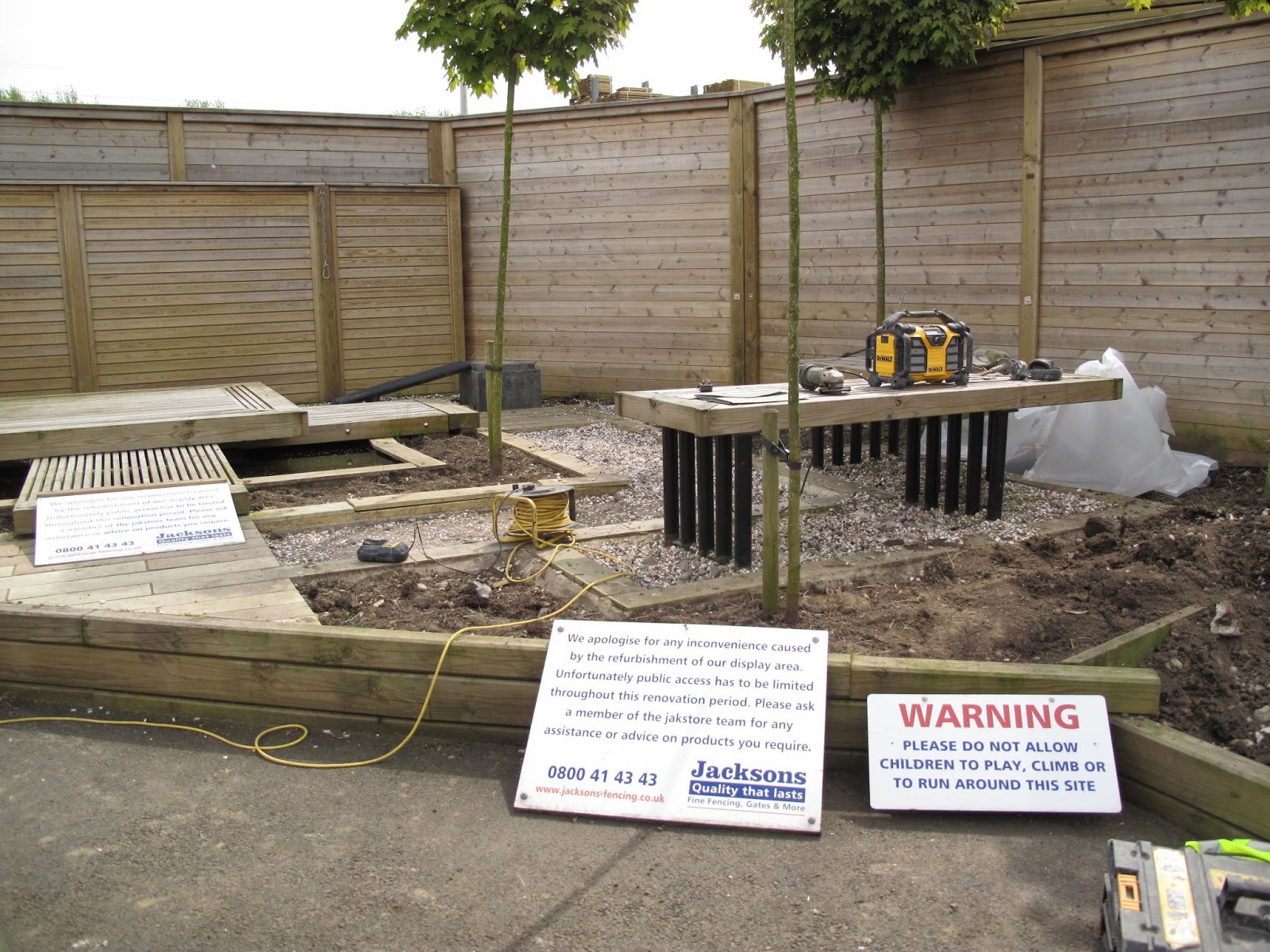 The Transparent fencing was dismantled first on the old Paradise garden, which was great, as it opened the space up. Next James and Ian set about disassembling the water feature and taking apart the old wall. Looked pretty gruesome, at this stage I can't wait for them to get rid of it all! 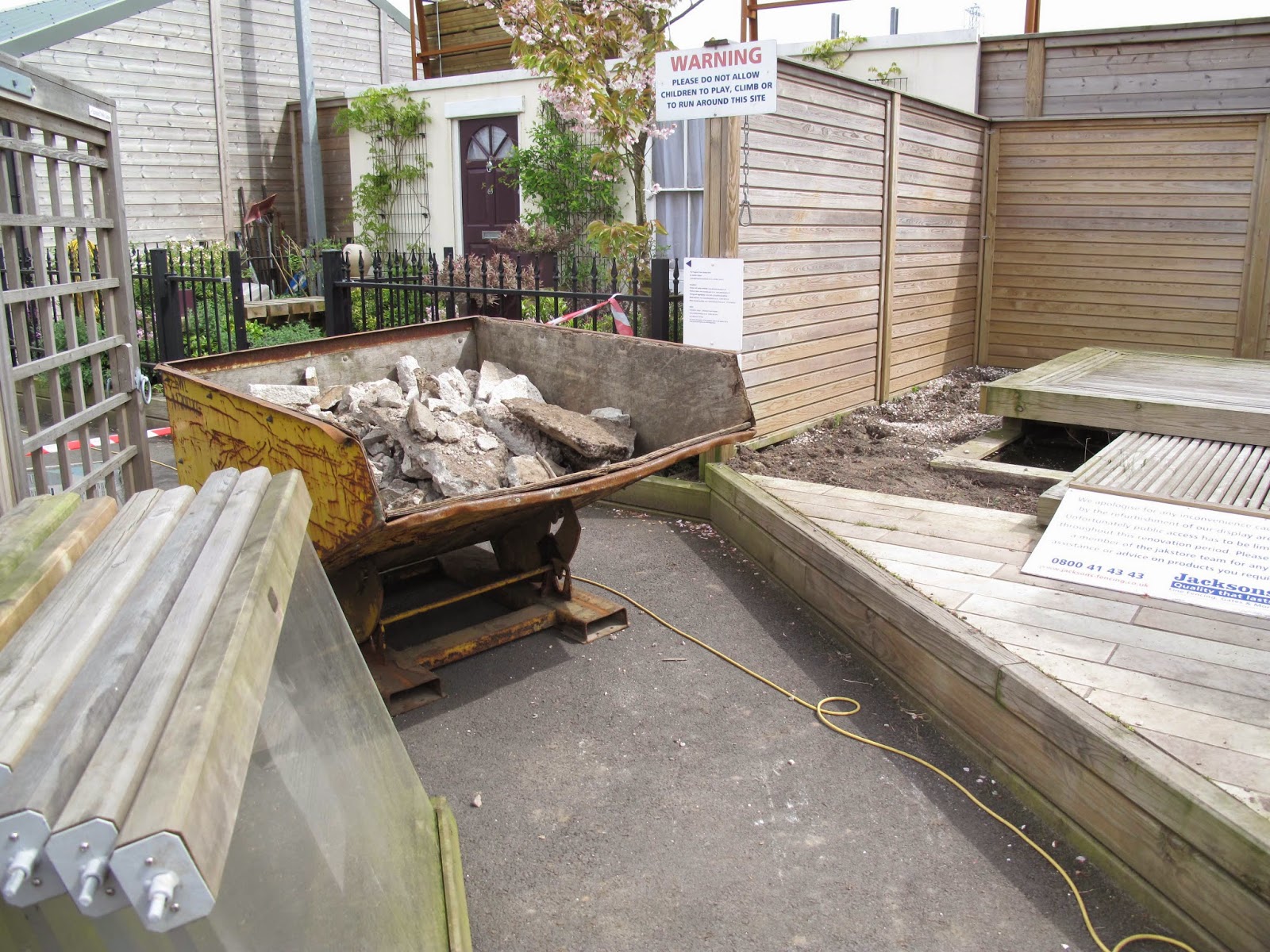 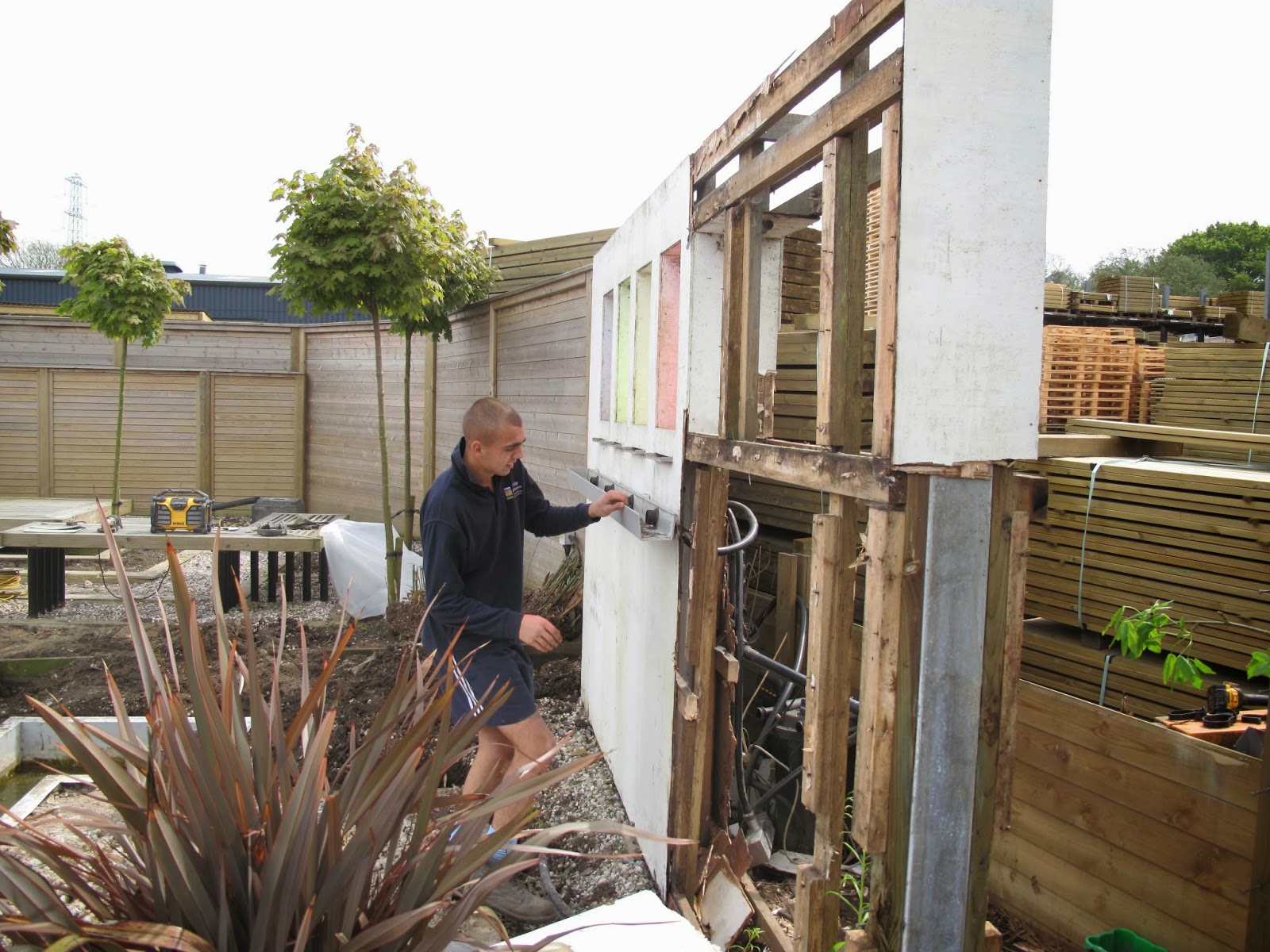 Today was our first day of rain, let's hope it doesn't go like two years ago, when it rained day after day and we squelched around in the soaking conditions, wondering if we'd ever get the work done in time....

But here you can see despite the rain things in Paradise are looking much clearer and at last the wall has gone forever!  It's all much clearer and James and Ian have really started thinking about building up, with the un-grooved Jakwall timbers that will be the perimeter of the garden.  Good to think building rather than demolishing is happening now.  Poor old Phormium is looking a bit lonely, let's hope they move him soon. 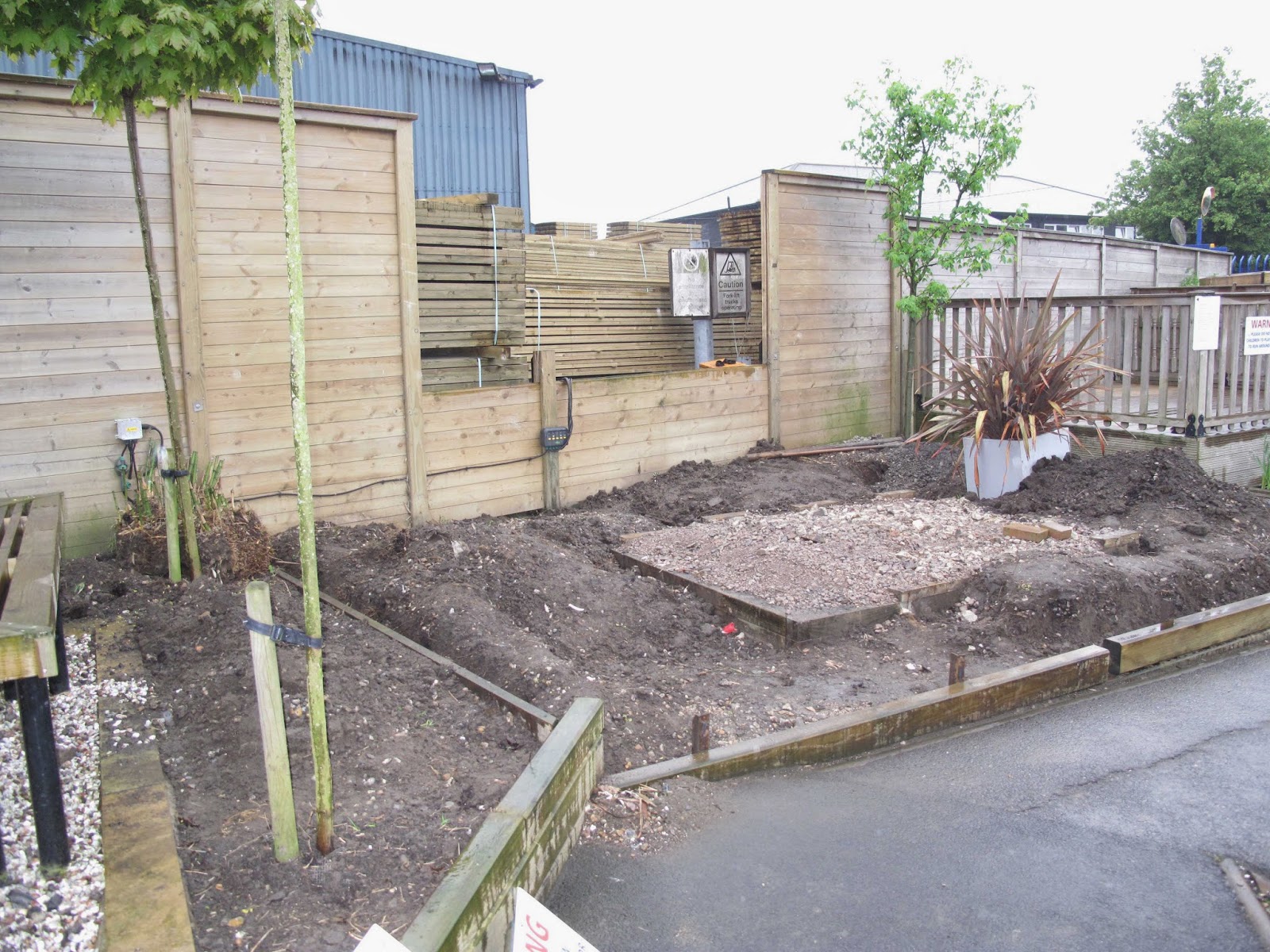 Meanwhile in other parts of the gardens, we cleared out most of the old plants from the living wall in Within the Weave, as the plants were looking decidedly grotty and tired, and the lavenders had yet again gone crispy!  We discovered there were a nasty lot of vine weevils that had taken up residence in there, so it's just as well we had a clear out. I decided I wanted to get some colours going on, so we've replanted with a selection of Alpines and other stuff.  Here's how it's looking, hopefully it will fill out and there will be a bit less black of the living wall case and more flowery stuff as time goes on. 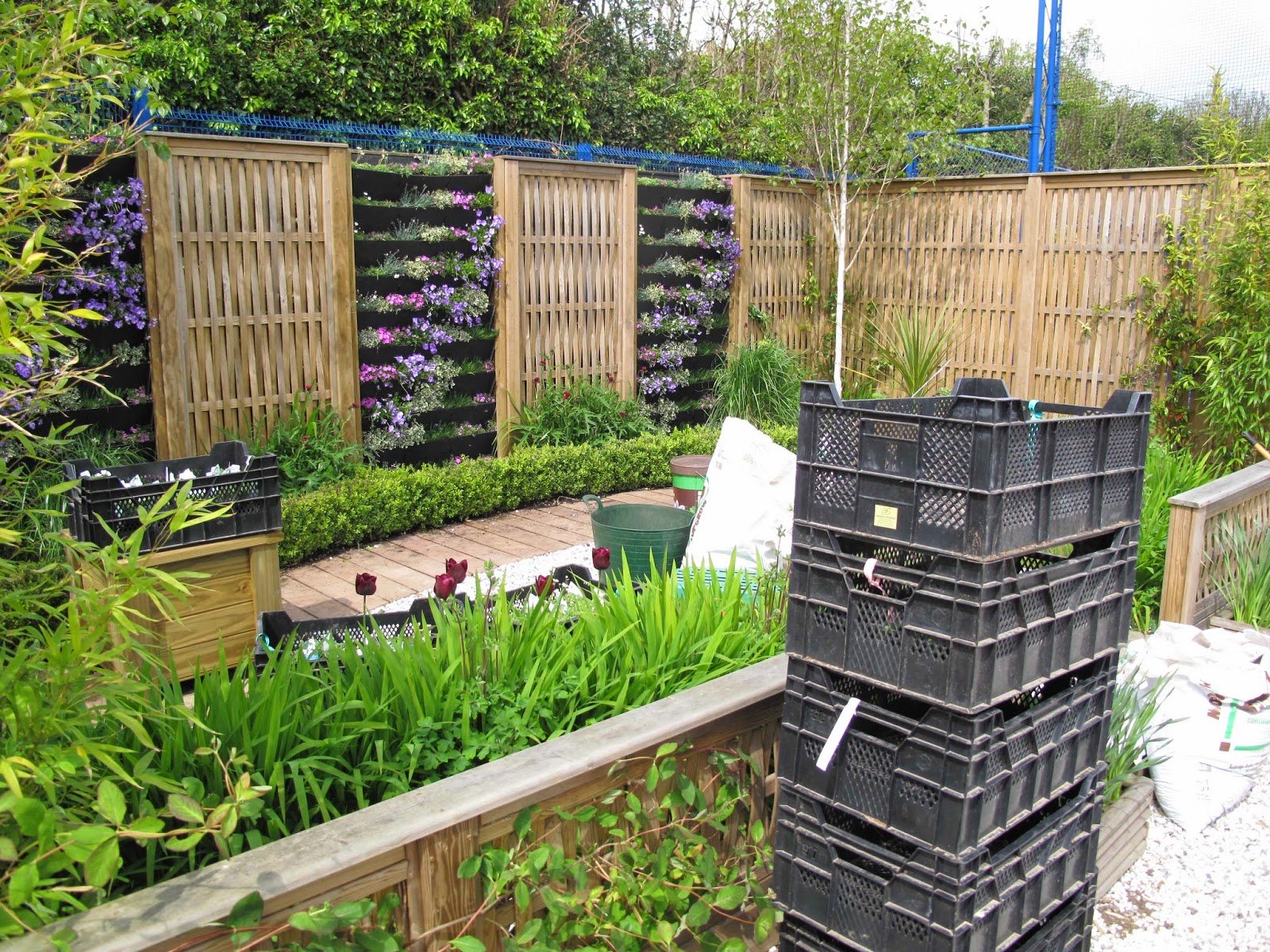 And we had taken out the front low Box hedge, I'm pretty sure it had Box blight and I felt it was time to open this out a bit in there, so we've planted some Sedums and other low clumpy Alpines, all of them are silvery whites and grey-ey green foliage, so I think this will look great when it spreads and clumps together. 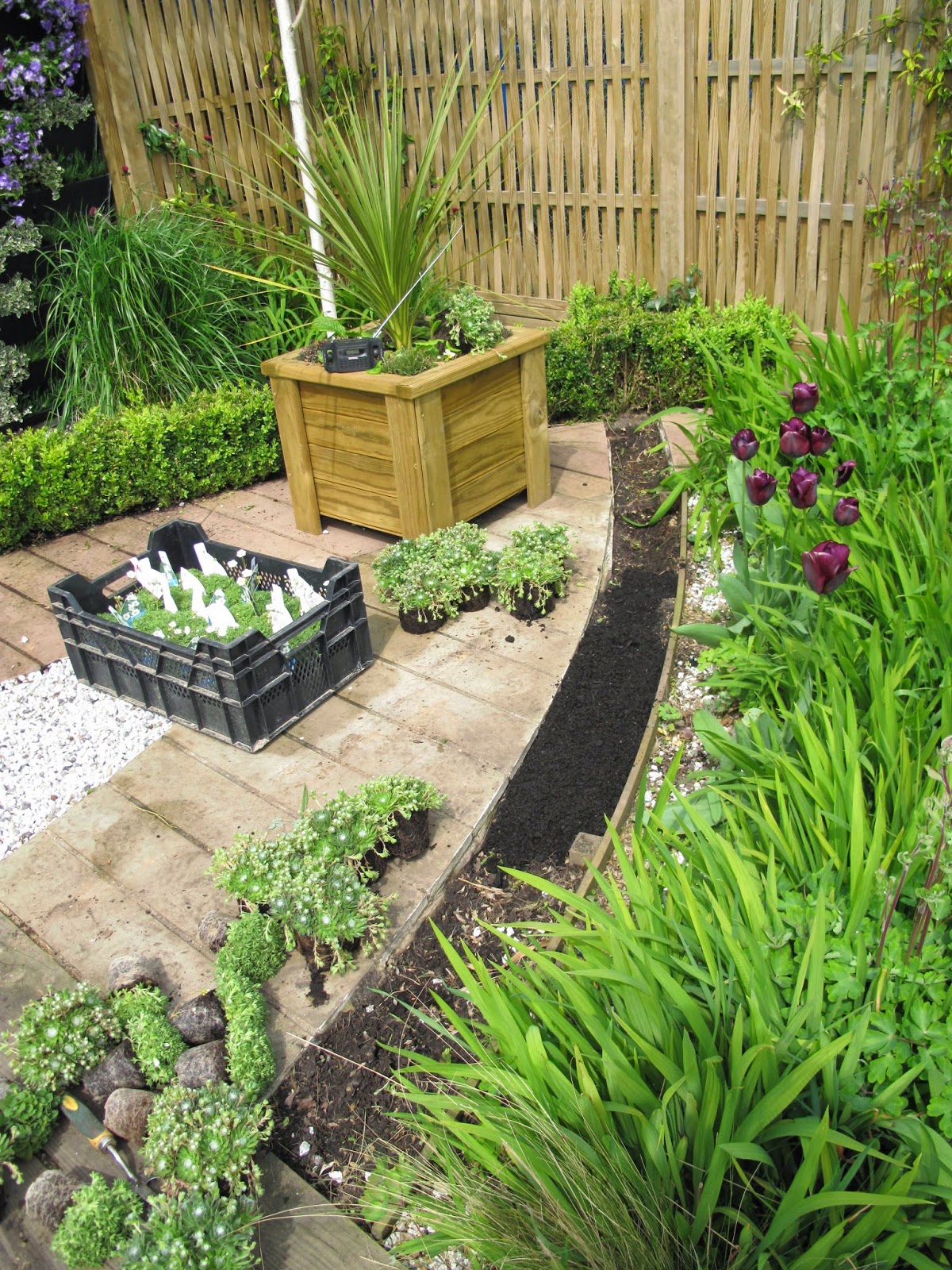 Here it is a day or so later, looks pretty good already. 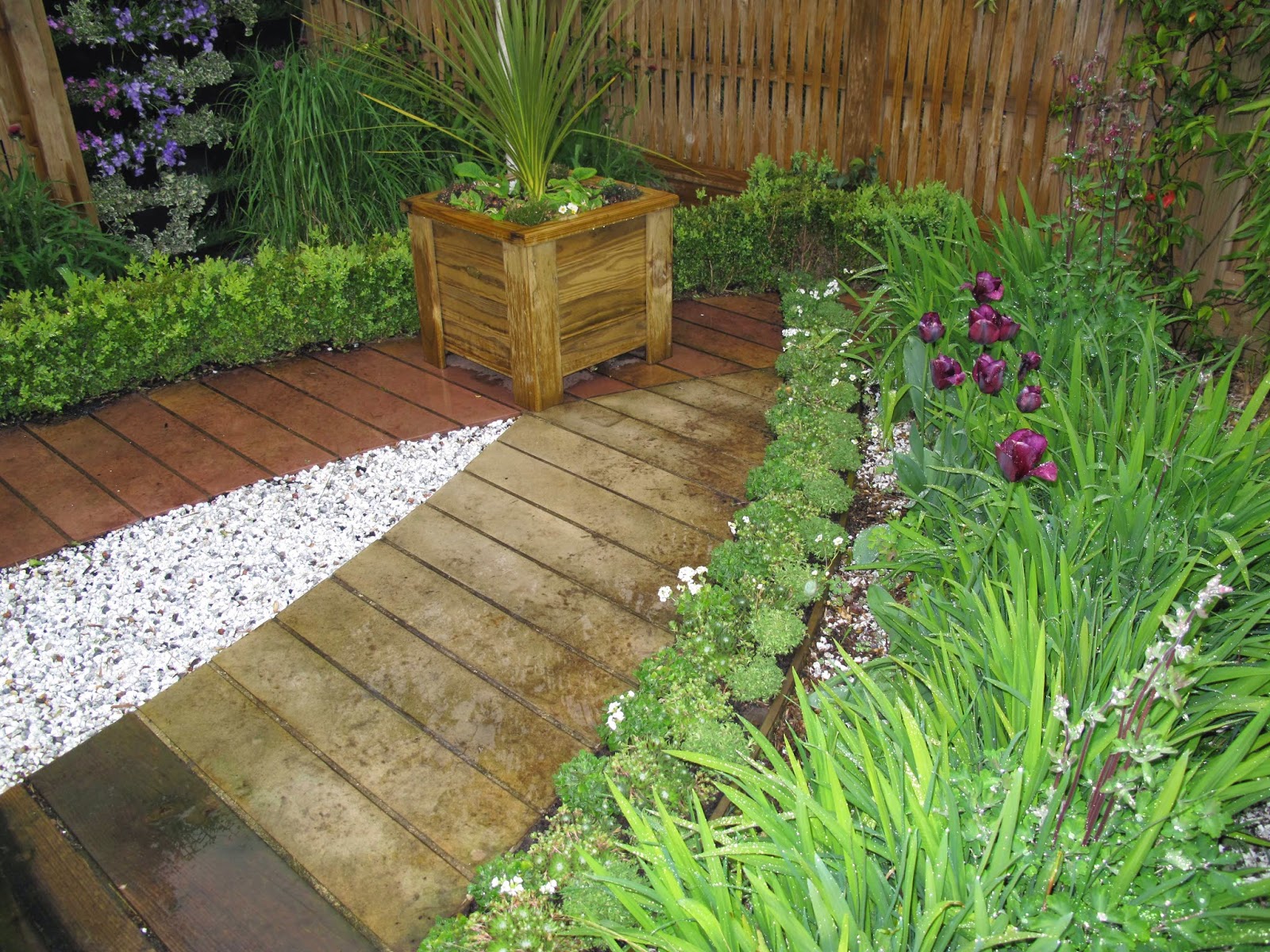 And of course, one good thing you can say about having a rainy day is it's done the living wall and the Sedums good, they've appreciated the water. 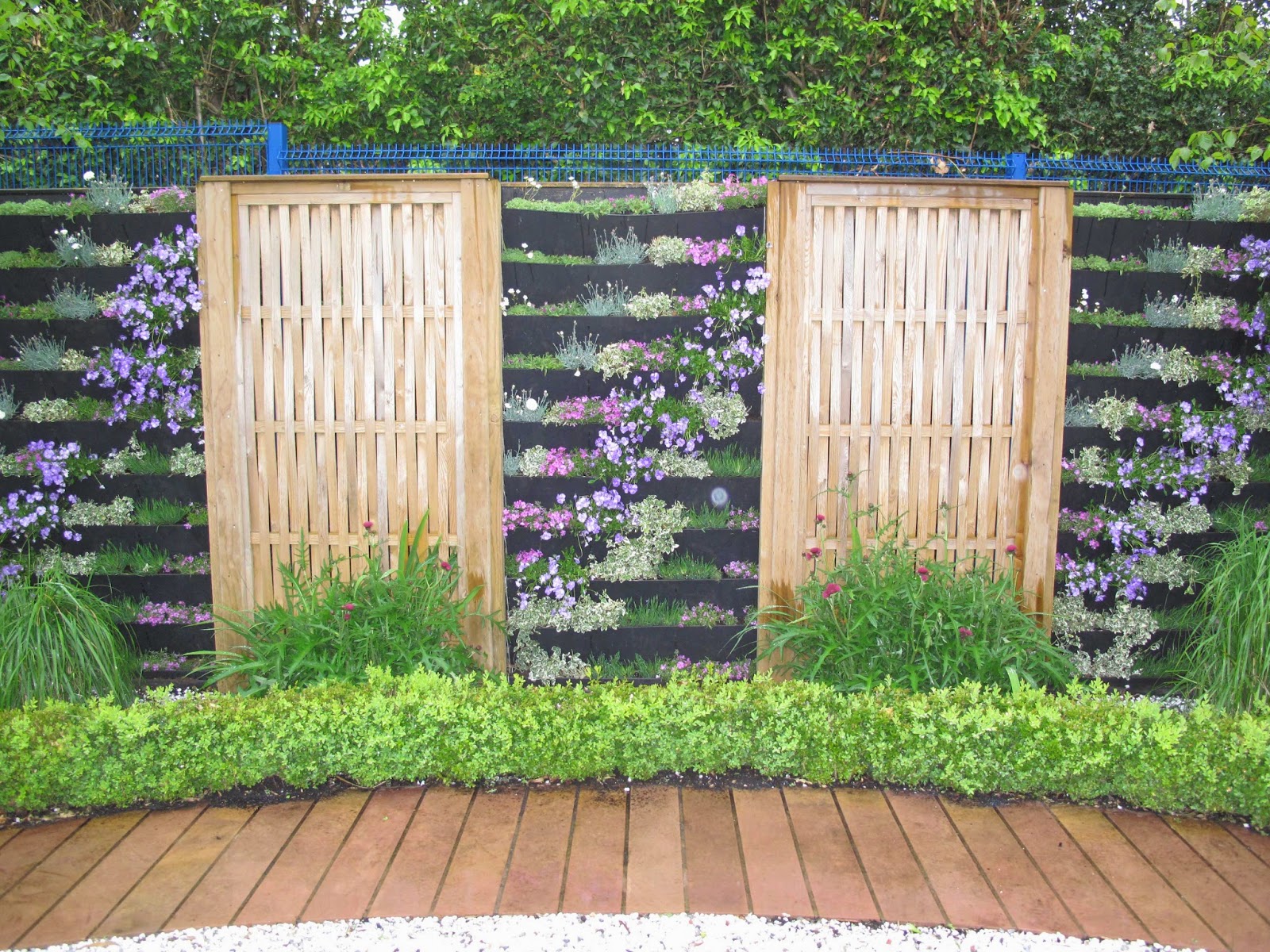 Posted by Jacksons Fencing at 10:04